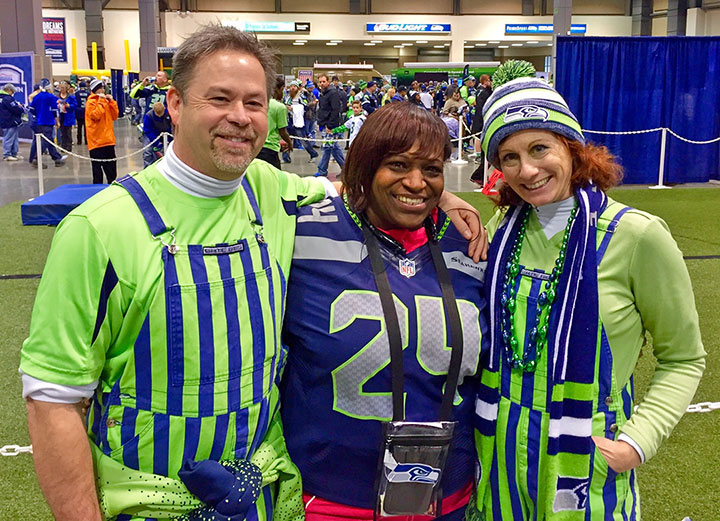 While attending the Seattle Seahawks pre game activities, Troy and Kathleen were stopped in their tracks and asked to pose for a picture with the infamous “Mama Lynch.” Delisa Lynch is the mother of Seattle Seahawk #24, running back, Marshawn Lynch. Nicknamed “Beast Mode” for his aggressive running style — but equally known for his love of Skittles. The game was a success as the Seahawks went on to win the NFC Championship! Now on to the playoffs with the home field advantage and the spirit of the 12th Man! Go Hawks!