On the last Friday of every month, the V2Works crew gets together for a casual happy hour at one of the local watering holes. The official event name is Month End Happy Hour, or as we winkingly refer to it, MEHH. (We do love a good acronym!)

We closed out February this past Friday with a visit to McMenamins Anderson School, specifically their Tavern On The Square. It’s an old schoolhouse that’s been converted to a very cool hotel and set of restaurants. As the eight of us sat by the fireplace, chomping on pizzas, olives, breads and spreads, and drinking some custom brews and other great things, our conversations ran amuck! For instance….

This place has very high ceilings with crossbeams that prompted Troy to remember being a kid and walking (and bicycling!) on beams 20 feet in the air. Quite the daredevil in his younger days — and he still has a streak that makes him want to try it again but is much smarter these days.

We also discussed the dangers (or lack thereof) of swallowing gum, how  culture has changed with respect to littering vs decades past (way better now), and Seattle’s seemingly endless winter, as well as weird weather for the entire country. (This has been the Seattle area’s coldest winter since 1985, and for the first 2 full months of 2017, it’s racked up more snow than Minneapolis has!)

By the time March ends and we have our next MEHH, we’ll be in springtime. We’re really hoping we’ll finally get some warmer days by then…! 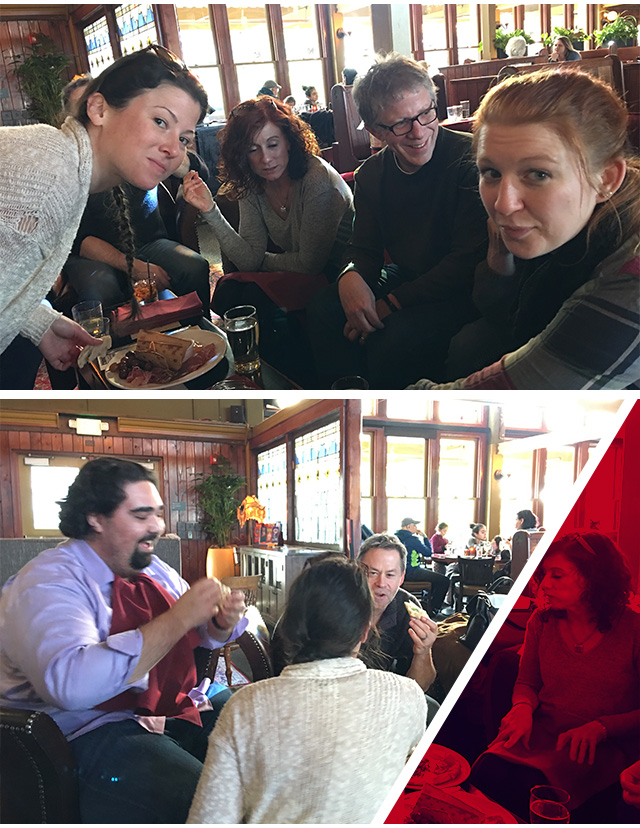 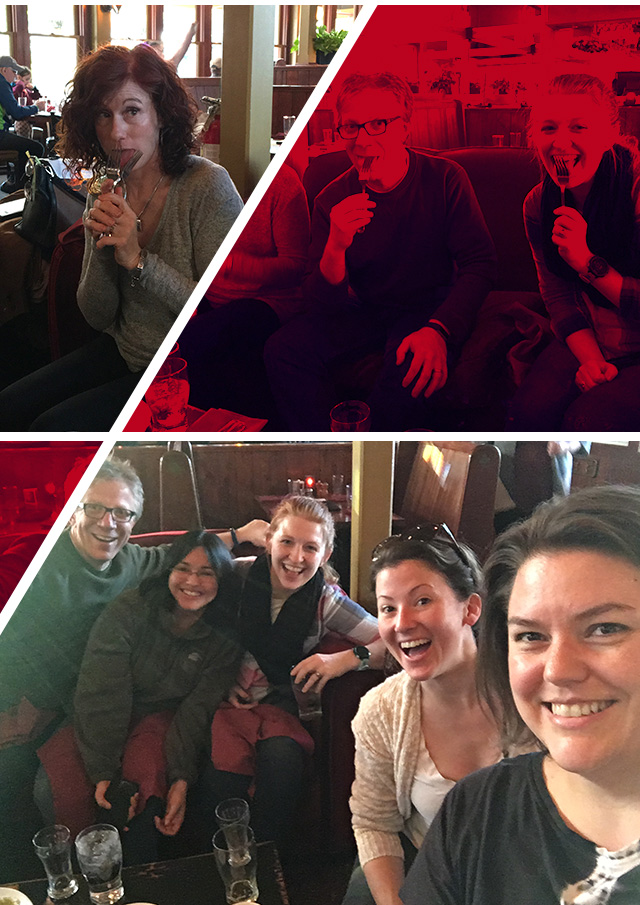