The Perks of a Power Outage

The Perks of a Power Outage

On Tuesday, November 17th the Pacific Northwest experienced the second major storm in a matter of months, wreaking havoc around the Seattle area and beyond. Winds, which were clocked well over 100 miles per hour, plus heavy rains (and reports of pea-sized hail) caused extensive damage, knocking out power to hundreds of thousands of people.

The power at V2Works was no exception, but one of the perks of being a team full of creatives, is that we’re always up for some amusement. Even if that means trekking through the wind and rain — and snail-paced TRAFFIC — for a chilly, dripping-wet adventure.

The first day of our power-outage found a group of us at the new McMenamins Anderson School, down the road in Bothell, where we savored one of the only delicacies on their no-power-menu: sliced carrots and potato chips by candle-light. I think the entire team would agree; those were the best-darned carrots and chips we’ve ever had the pleasure to taste. 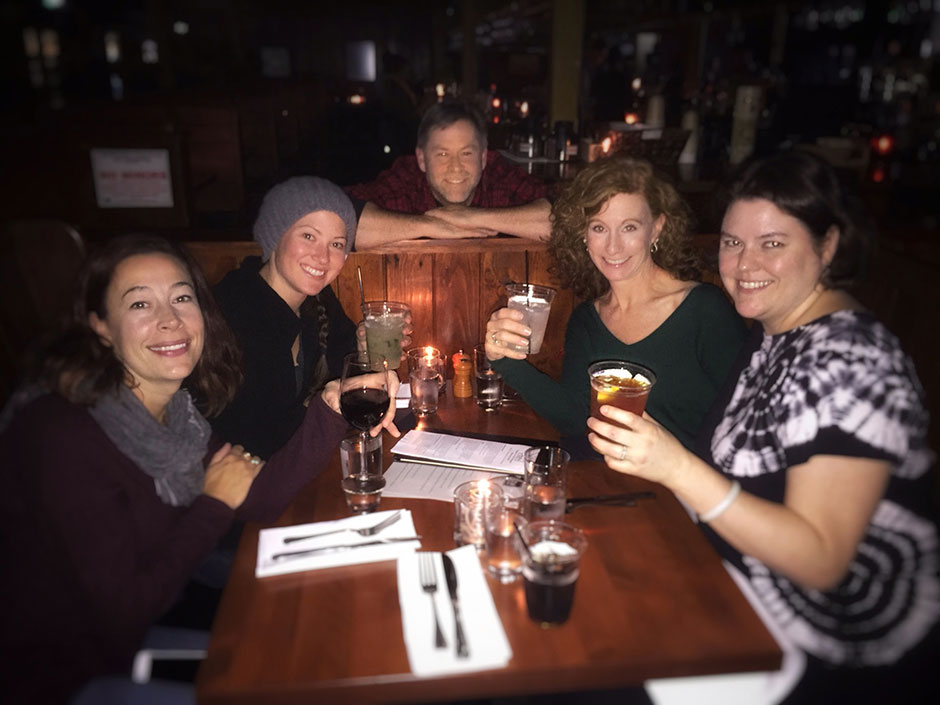 We weren’t sure what to expect of the power the next day, but  showed up bright and cheery with a few extra layers of warm clothes — just in case. Our building was still without power, so we decided it was the perfect time for an impromptu team breakfast. So, after a few calls to see who had power, we headed north to Crystal Creek Cafe for hash browns, eggs, toast, benedict, and pancakes, for those of us who stuck to the breakfast-theme, and a couple Monte Cristos with French fries for the more daring early-morning appetites. Our full bellies and extra layers came in handy later, as we hung out in the cold office until power returned. 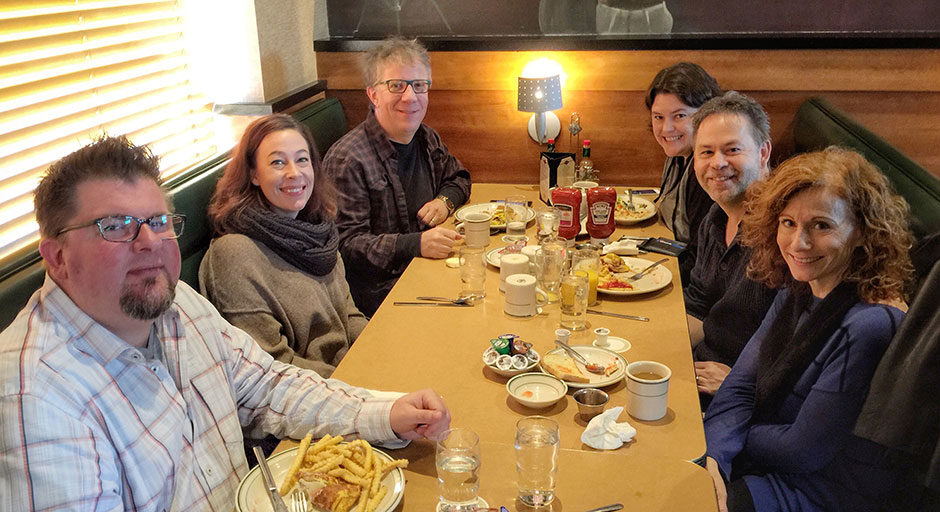